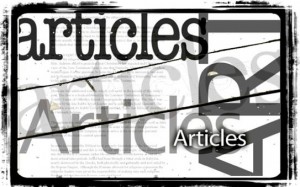 The aim of the present research paper is to point out therapeutic aspects in fashion design. The hypothesis of this research is that clothes can instigate emotional experience in those who wear them. The fashion designer should be aware of this, and  plan his/her creations congruently with that purpose. The designer must decide which emotional experience he/she wants to inspire on the one wearing his/her designs.
The object of this research is to show how fashion designs are the authentic expression of their creators and also awakens a certain emotional and tuned experience for the wearer.
Each chapter in this thesis leads towards more understanding of the connection between clothes and their ability to heal, thus describing the role of the fashion designer in that process. All along the road, there is the knowledge that comprehension of this research is based on holistic process in which all the phenomena are equally important. The stages of the research are interwoven and so each part depends on the other and the changes in one affect the others too.
The first chapter concerns the theme of art and healing. What is art? Who is an artist? What is the role of art? What is the role of the artist as a healer?
The second chapter carries us to the art of clothing – the world of fashion designs and that of the fashion designer. This is followed by literature review regarding the major tools available for the fashion designer. These tools are presented in precise and intentional order: color, form, material, imagination and creativity followed by authentic language, empathy and the emotional experience. At this stage, the reader shall ‘climb up the mountain’ which will enable him to think –in an almost physical manner- about his comprehension of the process through his heart, due to the unconscious way in which he was led by reading this material.
The third chapter introduces the way in which the fashion designer refines his therapeutic capabilities by creating clear and authentic language that he gained through his worlds of imagination and creation- the characteristics with which he was gifted. The way in which he improves his empathetic abilities and understands the concept of emotional experience and its links to the physical body and physical experience enable him to find the connection between the intrinsic, emotional world of the human being and the way he perceives his clothing experience and his responsibility for that experience as an artist. The following chapters describe the analysis of the findings. Data analysis is a process in which all the information that was collected is organized and structured to enable understanding of its meanings. The analysis is bound by the dismantling of the data into segments and then, reassembling them anew according to order that provides them meaning. Categorization is the basis for data analysis and it is founded on information segments which seem to belong to the same phenomenon.
Categorization is based on classification performed by dismantling the data in order to comprehend their meaning. This process was performed through comparison between the parts of the information gained through in-depth interviews and the data found through the literature review as presented in the first chapters. The present research makes use of precise quotations of the interviewees in a way that illustrates the authentic picture of the researched phenomenon. Precise quotations transmit the fear, anger, frustration, joy and pleasure of the interviewee and contain the superficial as well as the profound meanings about him/her. The accurate quotations constitute a good way to become acquainted with the experience and meaning that the interviewee grants his/her experience.
Chapter four presents general review about the fashion designer Sasson Kedem and continues with empiric analysis of the interview held with him.
Chapter five introduces general review of the four interviewees- women who have been wearing clothes by Sasson Kedem, for more than a decade. This is followed by empiric analysis of these interviews. In chapters four and five, we notice that some of the mapping categories become more dominant while others become less dominant. In order for the research to be reliable, all the perspectives and criteria of the research were openly presented before the reader. The reader will be led, step by step, towards the averment of the research hypothesis. However, the assumption of the research approach used in the present thesis is that finally, it is the reader who decides whether the results of one research are meaningful with reference to other contexts.
The sources of the research are eclectic and are taken from diverse areas: the world of fashion, art, psychology, philosophy, anthropology, body language, music and color. The research is built like a puzzle in which each part is like a musical note and the complete creation is the song – anew song in the research field of fashion design and therapy.

The subject of this thesis is fashion therapy- namely, therapy through fashion. The assumption of this research is that the clothes form in their wearer an emotional experience and the fashion designer is supposed to be aware of that and plan his creations , initially, with the intention to aim at the emotional experience that they maylead.
The goal of this research is to present fashion design which contains the authentic expression of its creator as well as form emotional, establishing and healing experience for the wearer.
The strategy for the qualitative research I chose to use is phenomenology. The phenomenological research handles the research of the human experience and the phenomenon is the object of the inquiry (Shkedi, 2003). In this research, the researched phenomenon is the awareness of the fashion designer to the emotional impact of the garment he created on the one who wears it. In the phenomenological research, the data collection process focuses on the in-depth interviews. The researcher collects information from the participants who went through the experience personally, while aspiring to research its meaning in their daily life (Ibid.)
In this research, interviews were held with the fashion designer Sasson Kedem and with four women who have been wearing his clothes for more than a decade.
The qualitative research considers the place of the researcher in the field (Ibid.).
There is interaction between me as the researcher and the field of research and I must be aware of it and consider that during the data analysis for “In order to understand the world you must become part of it and at the same time, remain separated from it. Tobelong and to be differentiated.” (Shkedi 2003:57) The written thesis will be composed as a collage: representing my image as the researcher and the way I understand and interpret the researched phenomenon. This work not only demands of me to present the findings of the research and present my arguments regarding the research query but also to build a reliable, convincing, interesting and attracting text.
I would like to present a literary writing that can present this subject in enriching manner so it may become a unique creation that requires structuring and design just as any other work of art.
I would like my thesis to have aesthetic value which is closer to the artistic side, and all of that within the traditional model of academic writing. Following the interviews and their analysis I shall divide the material into six major themes: color, form, material, imagination, creativity, authenticity, empathy and emotional experience. Later on, I shall build the connections between these themes.